This is page 2, the South's defensive battles.

Having said that, however, you'll probably notice that many of these articles are somewhat spectacularly bare for the moment. In the words of the Harvard Lampoon, author of Bored of the Rings "Whilst Tolkein's tale grew in the telling, my work grew in inverse proportion to my bank account". As I've recently been engaged on some full-time work away from home, and I'm currently doing some freelance contracting, my bank account is growing in the general direction of the photovoltaic tiles I need for the roof of my farm. This means that this web site is growing only slowly, as I unravel from my dictaphone and my energy drink-sodden notes the story of my voyage around the east coast of the USA in late Spring 2005.

Keep looking back to see where I'm up to. Meantime, I shall leave you with the immortal words of Philaster Chase Johnson, who had similar challenges upon his time when writing his magazine, the name of which I have unfortunately forgotten.

"Cheer up. The worst is yet to come." 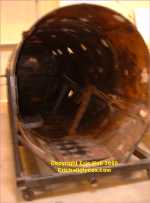 In the American Civil War, the Federal Army captured many of the Confederate ports and beseiged most of the others (in fact, the battle for the Confederate coast is what I consider to be the most important military action of the Civil War, and the decisive moment was the fall of Wilmington, the last major port, in early 1865). Anyway, Charleston was blockaded by several ships, and the "blockade runners", the fast ships that the South used to travel to Europe for munitions and hardware, couldn't go about their business. Then along came Horace Lawson Hunley. He reckoned he had the answer.

Hunley came originally from Tennessee, but was practising law in New Orleans at the start of the Civil War. He was fascinated by the idea of doing something different to ease the blockade and have commerce moving once more, so in parnership with two friends, James McClintock and Baxter Watson, they built a submersible called the "Pioneer".

The "Pioneer" actually sank a barge on one of the nearby lakes, but before they could do anything useful with it, New Orleans fell to the Federals and they had to scuttle it to avoid capture. Incidentally, it was recovered and sold for scrap in 1868.

Hunley and Co fled to Mobile where they built two more, the "American Diver" and the "H.L. Hunley". The former was fitted with an electric motor but never gave enough power despite all of McClintock's best efforts, and eventually it sank during a storm in Mobile Bay. It was the third one, along with Hunley himself, that turned up at Charleston in August 1863 just as the city authorities were wondering how to beat the blockade.

Hunley convinced them that his submarine was the answer. With a torpedo mounted on a spar at the front, he could sink one of the blockading ships and so demoralise the others that some of the raiders could set out to sea. He set out to prove himself right. Not many others were willing to risk their necks in what was basically a modified steam boiler, but he persuaded a crew to take to the seas with him.

Almost immediately, the "Hunley" was swamped by the wash of a steamer, with the loss of some hands, but it was recovered and trials continued. However, on 15 October 1863, the "Hunley", its owner and the crew were lost. It was recovered and the Confederate forces, having nevertheless allowed themselves to be persuaded that they were on to something, authorised operations to continue.

All was ready on the night of 17 February 1864, and the "Hunley" slipped out to sea. There, it crept up on the U.S.S. Housatonic, and despite being observed at the last moment, rammed its torpedo deep into the hull of the enemy. And the rest is history. The "Hunley" became the first submarine to sink an enemy vessel. It flashed its blue light to the shore to signal that all was well, and that was the last that was seen of it for over 100 years.

One thing that isn't all that well-known is that while the Hunley sinking the Housatonic was the first successful sortie of a wartime submarine, another feasible attempt had been made as long ago as 1776 when another American, David Bushnell, built a submarine called the Turtle which then attempted to attach a primitive gunpowder bomb to a British warship during the American Revolution. 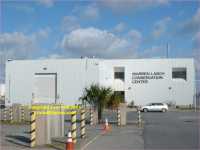 From the 1970s onwards, there were many claims that the Hunley had been seen at the bottom of the bay at Charleston, but it wasn't until 1995 that Clive Cussler definitively identified it. A legal wrangle delayed the recovery, but in 2000 the boat was recovered and brought ashore.

And here it sits, in a tank of water, at the Warren Lasch Conservation Center. 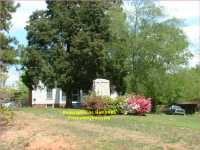 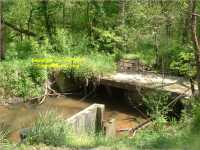 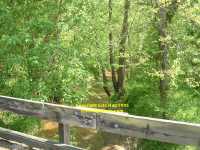 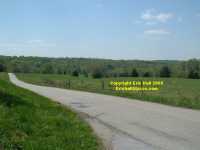 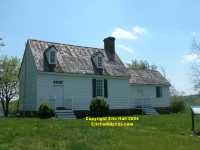 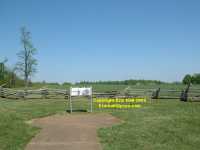 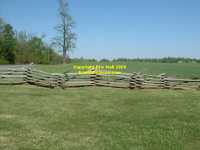 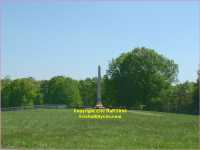 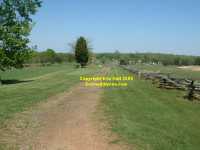 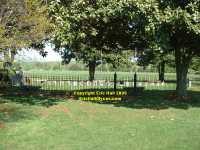 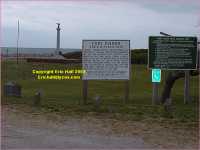 Fort Fisher is situated on the promontory that separates the Cape Fear River from the Atlantic Ocean, and accordingly has a great range of fire out to sea, and across the river, on the three sides that are exposed to water.

They key to the Civil War was, I have said before, trade. The north was industrial with plenty of raw materials and a large industrial capacity. The south was rural and agricultural. The north would have no problem in manufacturing its own munitions whereas the south would need to import them. Hence, much of the war was fought around the south-eastern coast of the USA, with the Federal troops trying to cut off the south's flow of trade.

The Confederates quickly realised that if they could set up shop here with a couple of heavy guns and a company of determined infantry, they could keep the port of Wilmington open. Hence, at the outbreak of war, some hasty earthworks were thrown up here.

In 1862, with the arrival of William Lamb, everything changed. He was no engineer, and no soldier either, for that matter, but he had read everything he could lay his hands on about the Makaloff fortifications in the Crimea, and had quickly grasped their key principle. Being made of earth, heavy exploding shells just buried themselves into it. When they exploded, all the force came out of the entry hole that the shell had made. Here at Wilmington, he realised that the sand would be even better. People use sandbags eveery day of the week to absorb the force of explosions. 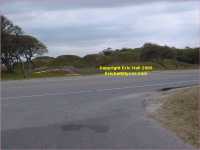 So he set to work to build a huge sandcastle.

And as you drive up to it by the main road, you can get an idea of just how big he built it. These fortifications really are massive. And this is despite the fact that they are just sand and that they have been here for 140 years. A great deal of work went into the construction of this.

There are dozens of these mounds on the site, and it looks so impressive. 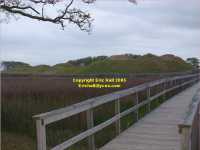 If you compare the photograph above with the one here, you can see the difference in height between the seaward mounds and the landward mounds. Those to the landward are much higher, and in each one of them is a bombproof room that served such purposes as ammunition stores, hospitals, crew quarters and the like. These were all connected up by an underground passage.

Also to the landward side was a substantial stockade fence, which would slow up any infantry attack from that direction. 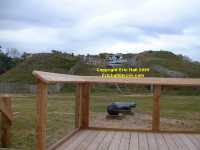 Of course, a seaward attack could simply be swept away by grapeshot, canister and shrapnel, assuming that any ship could successfully brave the barrage to get in close enough to land troops.

You can see in this photograph some period artillery pieces of the type that would ordinarily have been used to "remove" any blockaders.

Now, while we're on the subject of period artillery pieces, this piece below is something else. 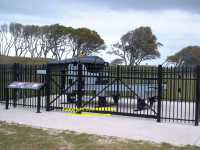 It's a British Armstrong gun that was the pride of the Fort, and probably of the Confederate artillery. was streets ahead of anything that the Confederate munitions works could put out, and a steady barrage from this gun in trained hands could wreak all sorts of havoc.

The problem was however that the supply of shells was limited and due to the Federal blockade it was difficult to replace them. So inevitably its effectiveness declined in direct proportion to the amount of ammunition available.

Its fame was such however that when the Fort finally did fall to the Union forces, it became the custom of Union soldiers to have their photograph taken with it. The gun was moved shortly after, but eventually found its way, on some sort of "permanent loan"

Fort Fisher was a crucial part of the South's defences. The Federals had quickly understood that the South's coastal forts were the key to the war. The South had little industry and depended upon maritime commerce to exchange its agricultural produce for European manufactured goods. So if the southern ports could be blockaded and its trade routes cut, defeat was inevitable.

The north thus concentrated on a coastal campaign on the eastern coast, and little by little, the coast fell into their hands, ports were taken, and munitions dried up. The south had to keep Wilmington open.

The fort held off two attacks, in 1863 and 1864, but fell on 15 January 1865 after a bitter and determined struggle from the landward side following a bombardment by 56 ships. This was the largest combined amphibious operation fought in any war up to that time. 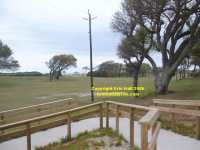 The loss of the fort led to the retreat of the Confederate army towards Wilmington, but they were overwhelmed at the Battle of Forks Road on 20 February. This led to the fall of Wilmington, the last major seaport in Confederate hands, and subsequently the abandonment of Petersburg.

The fortifications were more-or-less intact until 1937, and an airstrip, which you can see in the photograph here on the left, was constructed right through the defences at the start of World War II.

In my opinion, it wasn't at Petersburg, Gettysburg, Cold Harbor or Appomattox that the Civil War was won - it was won at Fort Fisher, and the hundreds of of other Fort Fishers all up and down the Confederate coast.

Back to the North Carolina coast.